TWO public-spirited young students from Buxton & Leek College were among those who stepped forward to receive their Duke of Edinburgh’s Awards at a special ceremony held in Matlock County Hall this December.

Public service students Jack Bullock, 18, from Furness Vale and Ben Dale, 19, from Leek each received their Bronze Award at the ceremony hosted by Derbyshire County Council.  They earned their awards through three months of volunteering, three months of regular physical activity and three months spent learning a new skill.

Ben, who volunteered as Martial Arts instructor at The Academy in Leek, grew green fingers to master the art of Bonsai growing and kept fit through Jujitsu. Jack chose the same activity but opted to learn to play the guitar and has been volunteering to bring social contact to the elderly through the college’s Buxton Campus Coffee Club which operates at the Devonshire Dome each Wednesday.

Both teenagers are to continue their volunteering as they work towards their Silver Awards and they have been joined on the Duke of Edinburgh’s Awards scheme by fellow college student Alex Turner, aged 16, from Buxton who has chosen Mountain Biking as his sport and will be volunteering on a farm in Peak Forest.

Laura Billingham, enrichment co-ordinator at the Buxton & Leek College, said: “We are encouraging all students to consider the Duke of Edinburgh Awards as the scheme is a great way of building employability skills such as teamwork and communication.

“Whether they are looking to enter the jobs market or are seeking a university place, having a Duke of Edinburgh Award will make applicants stand out and give them an edge over the competition.”

Both teenagers picking up their bronze awards this December completed a camping trip to Gradbach as their expedition and spent two days hiking and a night under canvas carrying all their own equipment and supplies. 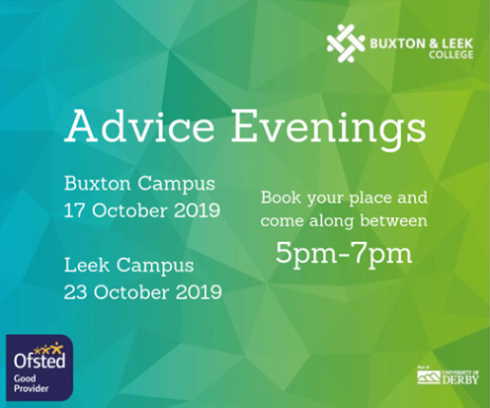